Although the jail system is useful for getting criminals off the streets, it often creates a negative situation in society when long-term inmates are released. The reason is that many long-term inmates are not equipped with the resources that are needed for survival immediately upon being released from jail. For example, unless an inmate has loved ones to live with or owns a home, they might not have a place to live after returning to society. Unfortunately, it is common for released inmates to commit crimes and end up back in jail due to their personal circumstances. A good resolution to the problem is for a released inmate to reenter society via the assistance of a transitional housing program.

A transitional housing program can provide a place to live for inmates who were released but do not have a home to go to. An advantage of living in housing that is provided via such a program is that the environment is positive, which is designed that way to encourage transitioning inmates. For example, case managers are available to stay in touch and help the residents make positive decisions. The residents are encouraged to rejoin society by building positive relationships, which can be done via participation in community service or volunteer work. Taking a part in community activities can make transitioning inmates feel worthy and hopeful about the future.

Without counseling, it can be difficult for a transitioning inmate to get their life on track, such as if they abuse drugs or alcohol. Suffering from the trauma caused by past traumatic situations can also interfere with an inmate making a positive transition back into society. While attending a transitioning housing program, counseling is available to assist with tackling issues that are the root of an inmate making bad decisions. For example, if someone experienced an abusive childhood that led to them abusing drugs or alcohol, a counselor can assist with overcoming the trauma. Rehab is available along with counseling for overcoming substance and alcohol abuse.

It can be difficult to get a job with a criminal record, but even more difficult when an inmate has been incarcerated for a long time and does not have job skills. An advantage of undergoing a transitional housing program is that inmates can develop their skills to get a job. A case manager will also provide resources and referrals to assist with obtaining employment after job skills are developed. 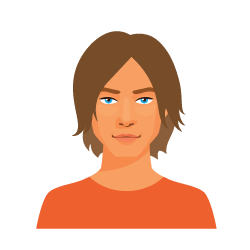